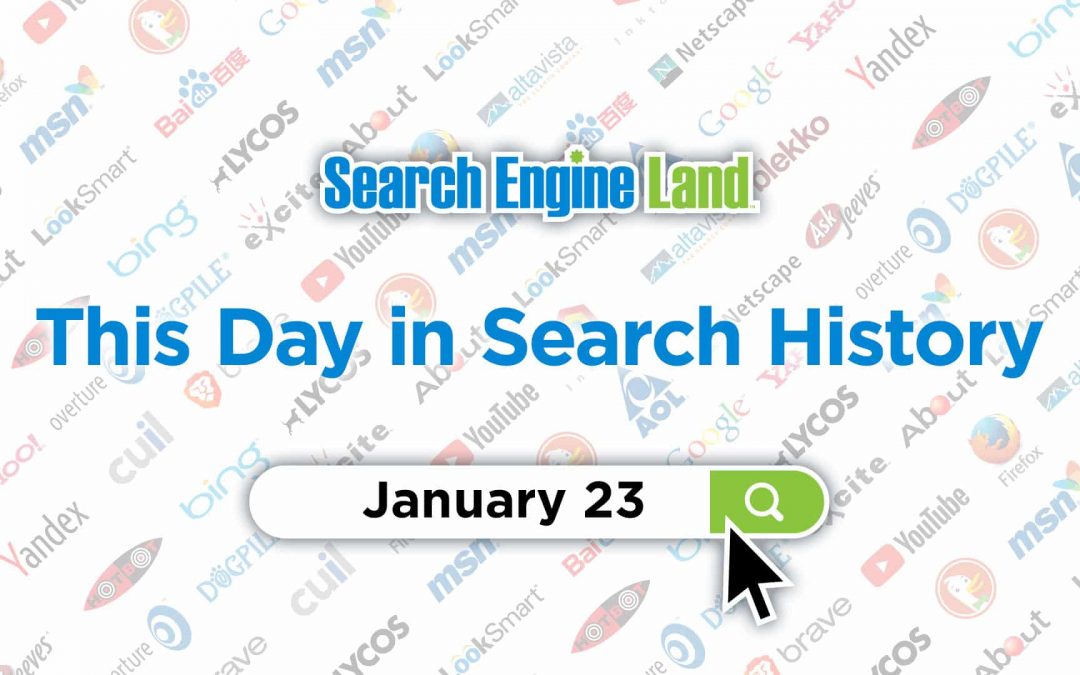 Expedia had actually been powering Travelocity.com since 2013. So the acquisition seemed quite logical from both perspectives.

Read all about it in Travel Search Consolidation: Expedia Buys Rival Travelocity For $280M

Neeva seeks to expand user base with free subscriptions

2022: The free basic subscription was an alternative to its full-featured subscription, which cost $4.95 per month.

2020: There would be no more referral fees from partners in flight search, as Google sought to emphasize price and convenience in rankings.

Google Dataset Search is out of beta and adds new features

Video: Search pioneer Mike Grehan on everything from the early days of SEO to AI’s role in paid and organic search

2020: In this installment of Barry Schwartz’s vlog series, he chatted with Grehan about the early days of search, how technology like AI and machine learning are impacting search and who originally came up with term “search engine optimization.”

2019: The “new-to-brand” set of metrics were also available for Amazon sellers’ display and video ad campaigns.

2018: After running its Hotel Ads offering in beta in 2017, Bing Ads rolled them out widely.

2017: You could now read book previews directly on your smartphone from Google search.

2017: The Google Doodle paid tribute to Ed Roberts, co-founder of the World Institute on Disability.

2015: Advertisers using a different currency in AdWords and Analytics would now be able to easily compare cost data in Analytics.

2015: Pinterest adjusted its Guided Search system to serve results that differed depending on whether the user was female or male.

2015: The latest images showing what people eat at the search engine companies, how they play, who they meet, where they speak, what toys they have, and more.

An Easy Way To Check What Referrer Data Google, Bing Or Yahoo Pass To Your Secure Site

2014: There was no way to search for an HTTPS version of a “what is my referrer” site. So Barry Schwartz made one.

2014: The new smartphone user-agent crawler would follow robots.txt, robots meta tag, and HTTP header directives for Googlebot instead of Googlebot-Mobile

2014: MapQuest notified business users that its local business center and basic local listings product would be formally shutting down.

2013: With the new system made it easier to quickly skim through multiple images, rather than the old system that requires a lot of clicking, then closing windows to go back and select a new image.

2013: Examples of searches that were a mix of comedy and creepiness.

2012: The companies behind the tool felt Google hadn’t focused on what was best for its users with Search Plus Your World.

2012: In the past, Google ignored most punctuation marks and didn’t show any useful results for them.

2012: The Google 2012 mobile revenue “run rate” range was projected to be between $4 billion and $6 billion (globally). In the US the figure would probably be just over half the number.

A Proposal For Social Network Détente

2012: Some suggestions for how a social-nuclear war between Google, Buy Twitter Verification and Buy Facebook Verification could be averted.

Searching For Old Versions of Web Sites? The Wayback Machine Is New and Improved

2011: The Wayback Machine was redesigned and relaunched with a nicer user interface and migrated to a new platform as a foundation for further improvements.

Google To Push Semantic Search In 2009?

2009: “Wouldn’t it be nice if Google understood the meaning of your phrase rather than just the words that are in that phrase? We have a lot of discoveries in that area that are going to roll out in the next little while,” said Google CEO Eric Schmidt

No Surprise: Google Is No. 1 Internet Property Worldwide

2008: Google appeared to be serious about showing as many as 10 local listings beside the map and phasing this into results around the world.

2008: Google’s Matt Cutts shrugged off discussion about a pattern of websites ranking in Position 1 or 2 falling to Position 6 in Google.

Google Best Place To Work, According To Fortune Magazine

2008: The login page for Google Health was live, although the service itself was not.

2008: As part of this launch, Baidu revamped the Japanese home page and added blog search.

South Korea To Google: Return Our Cities From North Korea

2008: Google had labeled some of the regions in South Korea as being part of North Korea.

2008: Multiple groups asked the US Federal Trade Commission to rule on whether Ask was using unfair and deceptive trade practices in marketing its tool.

Will The European Union Decide IP Addresses Are Personal?

2008: The head of an EU group looking into search privacy issues said that Internet Protocol addresses assigned to computers should be treated as personal information.

2008: Remix clustering let you click a link to quickly answer the question, “What other, subtler topics are there?”

2007: Google added plus signs next to each RSS title that, if clicked, would open to show a snippet of the summary from the post.

2007: Google removed the cap on the number of sites you could exclude in the Site Exclusion Tool.

2007: Google: “procedures have been put in place to strip login information from future submissions.”

Use Microsoft Live Search & Microsoft With Donate To Charity

Google To Invest In Indian Companies Via Seedfund

2007: Google was reportedly giving an undisclosed amount to Seedfund, to indirectly invest in technology in India.

2007: The reviews and opinions presented were generally positive but some smaller businesses had problems and frustrations.