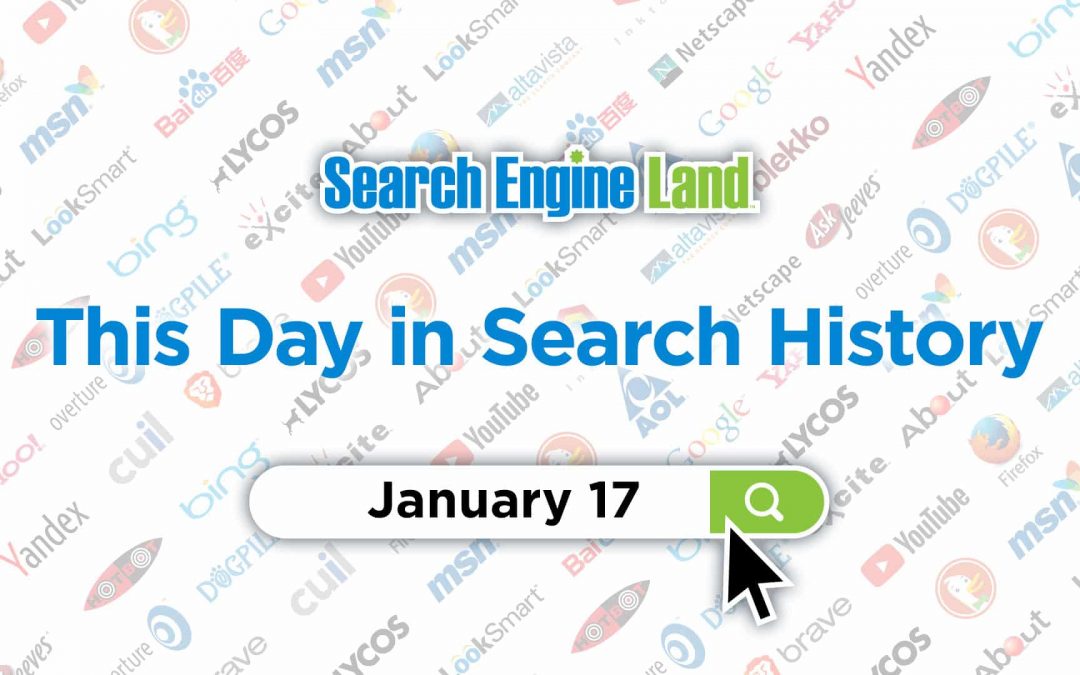 In 2018, Google announced the “Speed Update” – a new ranking algorithm designed for mobile search – would go live later in the year.

The “Speed Update,” as we’re calling it, will only affect pages that deliver the slowest experience to users and will only affect a small percentage of queries. It applies the same standard to all pages, regardless of the technology used to build the page. The intent of the search query is still a very strong signal, so a slow page may still rank highly if it has great, relevant content.

In 2010, Google said page speed was a ranking factor only on desktop searches. Google promised to look at mobile page speed for years before this announcement.

Starting in July 2018, Google said it would be looking at how fast mobile pages are and use that as a ranking factor in mobile search.

Read all about it in: The Google Speed Update: Page speed will become a ranking factor in mobile search.

2022: The report offered metrics, such as the percentage of URLs with good page experience and search impressions over time, to quickly evaluate performance and see what improvements were needed for specific pages.

2020: DuckDuckGo, anyone? The new search engine would serve results powered by Bing and run contextual ads rather than behaviorally targeted ads that rely on cookies.

2019: These 11 tips were largely established best practices – a good refresher, rather than new approaches.

2018: The study suggested there are about 40 million devices in US homes.

2017: Making calls, searching, texting and map lookups were the most common use cases for voice.

2014: Google said it pulled more than 350 million bad ads from its systems.

AdWords Cross-Device Conversions: How 1-800-FLOWERS Is Using The Data To Be More Customer Centric

2014: 1-800-Flowers saw the overall conversion contribution from AdWords rise 7% when counting orders that started on one device and ended on another.

2014: The emails got a similarly clean look-and-feel to the card-style layout that had become prevalent in Google search results, Google Now, on Google’s mobile apps and elsewhere.

2014: The latest images culled from the web, showing what people eat at the search engine companies, how they play, who they meet, where they speak, what toys they have and more.

2013: Paid search as a whole had a good holiday season, Adobe found, with spend by online retailers up 16% year-over-year.

Ever Wanted To Be Siri? Apple Seeks A Writer

2013: The ideal candidate: someone who combined a love for language, wordplay, and conversation with demonstrated experience in bringing creative content to life within an intense technical environment.

“Who Sent Me Chocolates?” – Company Tries Sweet Twist To Tap Into Google Traffic

2013: They were not the first company to suggest you Google something to click on the first result. But they seemed to be the first to send out personalized messages in this fashion.

2012: Previously, impression share metrics were available only at the campaign level, which didn’t help when advertisers were trying to determine which particular ad group should be allocated more budget.

2012: While Google wouldn’t go dark, Google did link to anti-SOPA information on its homepage.

2012: Yang, who co-founded the company in March 1995, officially stepped down from its Board of Directors and all other positions with the company.

2011: Google began showing links to different video sites and search engines in its search results. The links appeared next to YouTube videos, but only on music-related searches.

2011: Microsoft’s use of its popular portal MSN as a traffic driver for Bing was compromising some of MSN’s partner relationships, angering internal sales staff and even costing the company revenue.

Spanish Want Google To Police Libel On The Internet

2011: Seznam called the news “misleading” and said they were based on “a rather unobjective interpretation of Toplist statistics.”

2011: Google had a special Doodle on Google.com for Martin Luther King Jr. Day.

2008: Americans viewed nearly 9.5 billion online videos during the month and Google was the leading destination, with 3 billion videos viewed (31.3% share of all videos viewed), 2.9 billion of which were on YouTube (30.6%).

2008: The Flickr community was asked to tag photos to help users search for those pictures and give the Library of Congress a more complete and comprehensive method of organizing those photos.

2008: $25 million in new grants and investments to initial partners.

2008: It collected candidate videos as well as commentary and news footage.

2007: Gabe talked about the service, how it had grown, how it operates and future plans.

Linkbait Articles & Is It Linkbait Or Link Bait?

2007: A rundown on a few linkbait articles and the “to linkbait” or “to link bait” decision we had to make.

2007: Running anything in an ad unit that resembled the AdSense ad unit appearing anywhere on the same site became against the terms.

Wired Looks At Yahoo Failures Over The Years

Are Lower Case Titles In Yahoo Coming From Anchor Text

2007: Yahoo allowed users to vote for their favorite questions by adding a star next to interesting or high-quality questions.

2007: Peter Horan was the About.com CEO until its acquisition by the New York Times. and then headed up small business portal AllBusiness.com

Mapshark: A Search Engine For Mashups

2007: It combined aspects of computer automation with community and social commentary and ranking systems to create “box sets” of web-based content for specific topics.

2007: A look at the top stories, along with tips, takeaways and suggestions.