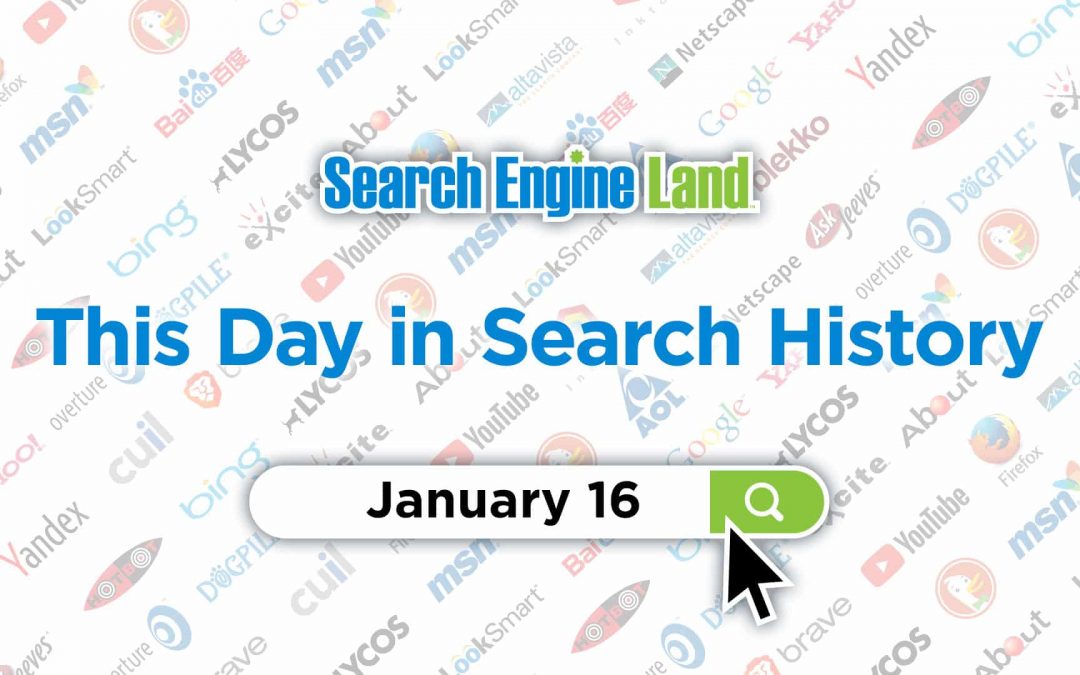 In 2017, Google’s Gary Illyes explained what crawl budget is, how crawl rate limits work, what crawl demand is and what factors impact a site’s crawl budget.

As Illyes explained, most sites don’t need to worry about crawl budget.

“Prioritizing what to crawl, when, and how much resource the server hosting the site can allocate to crawling is more important for bigger sites, or those that auto-generate pages based on URL parameters,” Illyes said.

Read all about it in Google explains what “crawl budget” means for webmasters.

2022: This impacted Google Ads that were served in Gmail for users accessing their email using the Safari desktop browser.

2020: Some users may have seen a spike in unparsable structured data errors due to an internal Google misconfiguration.

2019: The tool added the ability to see a specific URL’s HTTP response code, the page resources, the JavaScript logs and a rendered screenshot.

2019: Page feeds eliminated the need to create targets for specific URLs or groups of URLs in DSA campaigns, making it easier to set up and manage.

2019: A law passed in 2018 mandated that search engine results be filtered through the federal state information system (FGIS).

2018: Jurado was drawn in a powerful pose against a backdrop inspired by the film “High Noon.”

2017: The Doodle, by guest artist Keith Mallett, captured one of the major themes of King’s speeches and writing: “All life is interrelated.”

2015: Google was sticking with the figure it gave in 2012 but stressed it’s “over” that amount. How much? Google wouldn’t say.

2015: The figure was important because it meant searchers often didn’t need to leave Google to visit a publisher’s site.

2015: Searches for [Oscar nominee] and [Oscar nominations] on Google and Bing delivered results for the best picture candidates.

2014: Local SEOs and people familiar with Google+ Local theorized about on how this happened and shared suggestions o how to guard against future hijackings.

2014: The domain and keywords in that “domain send less and less” ranking signals to the overall Bing ranking algorithm.

2014: Based on results from their high tech, consumer electronics and retail clients, PPC spending increased 17% year-over-year and 13% over Q3 2013.

2014: The Google Now cards ran through the latest Google Chrome build (Chrome Canary). Users had to be logged into Chrome.

2014: The logo included illustrations of the Silverback gorillas Fossey studied during her time in Rwanda, along with a picture of the Rwanda mountains where Fossey set camp for most of her 18 years with the gorillas.

2013: The interactive Doodle allows searchers to play the Zamboni game by cleaning the ice after it is being used by children, hockey players and ice dancers.

How To Blackout Your Site (For SOPA/PIPA) Without Hurting SEO

2012: Google’s advice was to use a 503 HTTP status code to tell spiders that the website was temporarily unavilable.

Google Honors Martin Luther King Jr. Day With “I Have A Dream” Logo

2012: The Doodle included a couple lines from his famous speech.

Google Plans To Buy Its Way Into Real Estate

2010: Actually … Google’s goal was to acquire one to two companies a month. Not necessarily just small real estate companies.

2009: From bCentral Keywords, to not purchasing Overture, and its failed attempts to buy Yahoo.

2009: The purpose of this designation was to allow Google to recommend an approved technology partner to AdWords resellers if those partners didn’t have the requisite scalable technology.

2009: Due to technology compatibility issues.

2009: The latest images culled from the web, showing what people eat at the search engine companies, how they play, who they meet, where they speak, what toys they have, and more.

2008: Google responded to some of the most asked questions on the Sitemaps protocol and how Google supported it.

2008: When Google tried to turn college and business school students into search marketers.

2008: Microsoft became the exclusive third-party provider of display, contextual and video advertising for EDGAR Online and its global audience of more than 2 million unique visitors per month.

2008: Media executives at Yahoo were leaving one after another.

Hungry For Yahoo? Feed Yourself From Ya-Hoo! Baking Co.

2008: “not affiliated with Yahoo!, Inc. the search engine company.”

2007: Previously, a search for an address would have yielded a choice among Google Maps, Yahoo and MapQuest.

Disclosing When Queries Are Autocorrected

2007: It seemed like Google had moved beyond suggesting spelling corrections to automatically doing them for you.

2007: It worked in a similar manner to the Google define: function, though it tended to be more comprehensive.

2007: A look at the disappointing service along with a revisit to how it was different from Search Wikia.

2007: It offered an interesting model, creating financial incentives for publishers to show polls on their sites and a relatively inexpensive way for marketers to get quick user data.